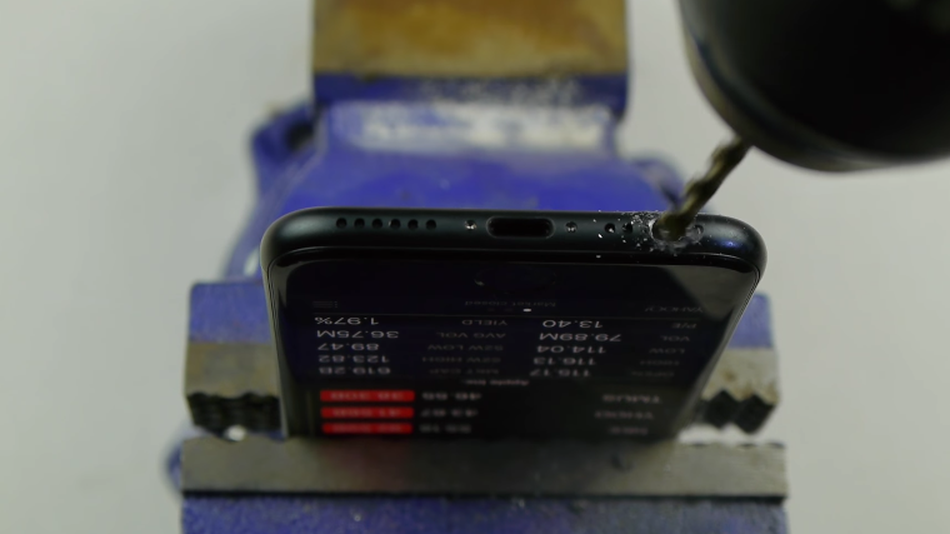 If you’re an owner of a new iPhone 7 or 7 Plus, here’s a quick PSA for you: things aren’t going to end well if you try to make a DIY headphone jack.

Last week, YouTuber TechRax made a tongue-in-cheek video demonstrating a “secret hack” that brings back the iPhone’s headphone jack. (Spoiler: it involves a 3.5mm drill bit.)
The video has since gone viral, racking up more than 10 million views. It’s also totally fake.

However, it appears that some people who watched didn’t catch on to the true nature of the video and thought this was something that might actually work. The comments section is filled with panicked people, outraged that they fell for the “prank.”

Of course, this has only made the video go more viral and brought out even more trolls who are offering their own “helpful” suggestions, including microwaving and dunking their phones in warm water.

According to Mashable while it’s difficult to say how many people have actually fallen for the video — this is the Internet, after all — the number of comments suggest that at least a few have attempted the “hack.” And while this is not the first time tricksters have pranked iPhone owners into destroying their phones (remember the hoax that claimed you could charge your iPhone by microwaving it) this might be the most cringey one yet.

TL;DR: Do not drill a hole in your iPhone 7. It will break and people will laugh at you. Just use the dongle.

How to find your startup’s first customers on social media