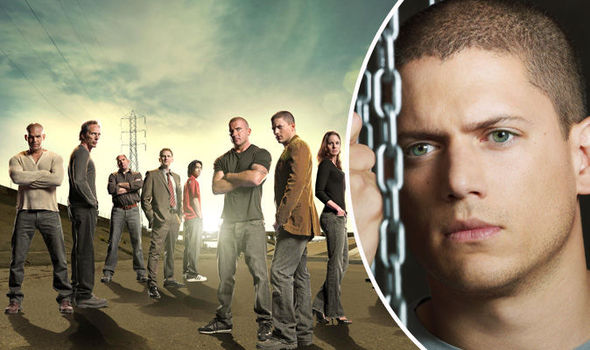 According to the Inquisitr, the highly anticipated Prison Break Season 5 is bringing back Michael Scofield (Wentworth Miller) from the dead. But will it also revive the fan-favorite romance between him and Sara (Sarah Wayne Callies), the mother of his young son?

The limited Season 5 event will return with most of its original main cast in April, nearly eight years after the final episode of the original FOX series aired. According to Prison Break Season 5 spoilers, much of the upcoming season is set in Yemen, where Scofield has re-emerged following his apparent death at the end of the serial drama’s fourth season.

In Prison Break Season 5, Lincoln (Dominic Purcell) learns that his brother is still alive but is incarcerated in the Ogygia Prison. It’s currently unclear how Scofield went from dying in Season 4 to being involved with a terrorist group halfway across the world in Season 5. But it’s probably safe to say that Michael never actually died. Instead, he may have simply opted to disappear to protect his family.

Will Sara and Michael get back together?

While fans of the Michael-Sara romance are looking forward to the former couple’s reunion and possible second chance at love in Prison Break Season 5, spoilers indicate that circumstances will not allow the two to rekindle their romance.

On Valentine’s Day, a fan tweeted at the Prison Break writers, asking what Sara and Michael will be doing to celebrate the occasion. The writers responded with a disappointing but perfectly rational answer.

“Well, Michael’s in prison/dead and Sara’s married to Jacob.”

The response may have dampened fans’ hopes for a Sara-Michael reunion, but there are still those who remain stubbornly hopeful that the two can still end up together.

Of course, anything can happen (Scofield was “resurrected,” after all) and Sara’s husband could be conveniently disposed of to give Prison Break fans the “happily ever after” ending they crave.

One possibility is that Sara could leave her husband after she finally sees Scofield again and realizes that she’d rather raise her son with his biological father. Alternatively, Jacob could meet his end at some point in Season 5, opening an opportunity for Sara and Michael to continue their romance.

And while there’s yet to be any indication of this, a third potential arc for Jacob is that he will turn out to be a villain. Knowing how important Michael is to both Sara and Michael Jr., Jacob could offer to help the crew get Scofield out of Yemen. Later, realizing that Scofield’s return will threaten his position in Sara and little Michael’s lives, Jacob could end up sabotaging the plan.

Will Jacob emerge as one of the main villains in Prison Break Season 5?

No Bill Kim in new season

Meanwhile, Prison Break alum Reggie Lee recently addressed the rumors that his character, the Season 2 antagonist Bill Kim, is returning in the upcoming limited event. As fans of the show will recall, Kim was shot and killed by Sara moments before he could kill Lincoln.

Lee cleared up the issue with Express.co.uk, saying that there’s no truth to the news of his casting in Prison Break Season 5.

“I think Bill Kim is at the bottom of a lake with five million dollars somewhere and dead. So, no, that’s a complete rumor. [I’m] not returning to Prison Break at all.”

The actor did say that he wishes his character had survived and that he would reprise his role “in a second” if given the opportunity.

“It would be fun to reprise that really terrible, slimy role.”

Emerging markets are the growth generator of the digital world

Samsung’s next fitness tracker could measure your body fat