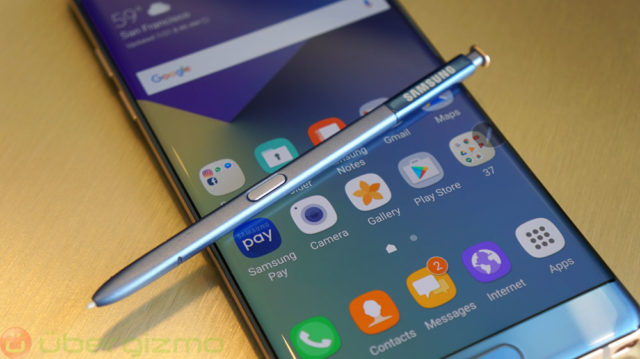 You might have heard by now that Samsung has issued a global recall for the Galaxy Note 7 after reports of a battery cell issue that was causing handsets to explode. Samsung will be replacing all units that it has shipped before suspending sales after acknowledging the problem.

When will it be exchanged?

It’s imperative that those who have already received their units exchange them for a new one so that they are absolutely sure that their Note 7 is not at risk of exploding when being charged. A new report suggests that Samsung will be deactivating all Galaxy Note 7 handsets that need to be exchanged after September 30th.

According to Ubergizmo the company has already called on all existing users to take part in its exchange program for the Galaxy Note 7. They will turn in their unit and receive a loaner device from Samsung which they can use until new inventory of the Galaxy Note 7 arrives by next week.

Not be able to use them anymore

A user on Reddit who goes by LimboJrclaims to have heard from a Samsung representative that every recalled Galaxy Note 7 unit will be remotely deactivated by Samsung after September 30th which will effectively force customers to get their units replaced.

It would make sense for Samsung to do this as reports of the Galaxy Note 7 explodingcontinue to filter in even though the recall has been announced about a week ago. Remotely deactivating the handsets would mean that users will not be able to use them anymore and will be left with no choice but to go back to where they bought it from and seek a safe Galaxy Note 7 unit for free.

This agency staffer is running ‘Star Wars’-shaped routes in Portland