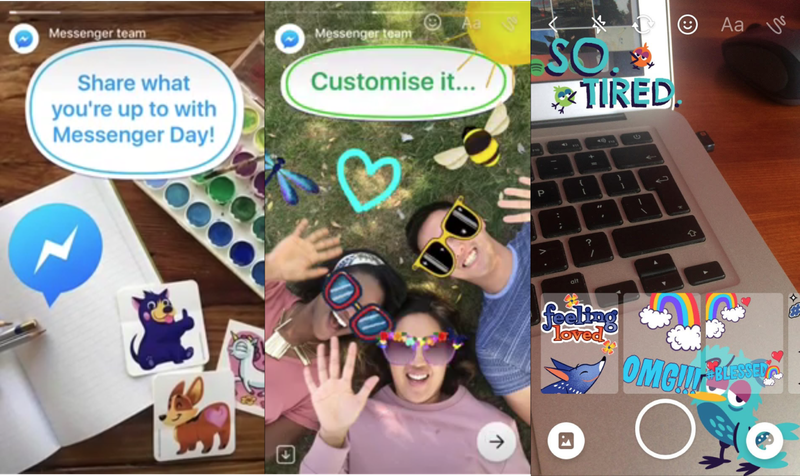 Facebook is testing a clone of Snapchat stories inside Messenger. Only in Poland for now.

Facebook has a long, fairly embarrassing track record of trying to clone Snapchat’s featuresand core appeal. Instagram, which is owned by Facebook, is actually doing a pretty decent job at it, but Facebook has been through a number of failed attempts over the last several years. It’s not giving up, though.

The company has quietly launched another effort to clone a big element of Snapchat’s formula: stories. TechCrunch reports that Facebook has rolled out a new feature called Messenger Day, which lets users post photos and videos — yes, with filters — that disappear after 24 hours. So far, Messenger Day has only appeared in Poland, a country where Snapchat isn’t nearly as popular as in other regions.

Messenger Day is built into Facebook Messenger rather than Facebook’s primary mobile app. “We know that people come to Messenger to share everyday moments with friends and family,” a spokesperson told TechCrunch. “In Poland we are running a small test of new ways for people to share those updates visually. We have nothing more to announce at this time.”

Unlike Snapchat, Messenger does have a significant foothold in Poland. Messenger Day appears at the top of the conversation list in Messenger with a similar look to what you’d see in Snapchat or Instagram stories; yours is first, followed by whatever your friends have posted. You can add cartoonish text and graphics to your pictures or video snippets before sharing them to your Day, but Facebook doesn’t yet have an answer to Snapchat’s killer “lens” selfie face effects. If Messenger Day sees decent pickup among Poland users, there’s a chance Facebook could opt for a wider rollout. Borrowing Snapchat’s ideas is working out okay for Instagram, but for some reason Facebook’s direct attempts always feel a little off — and desperate.

You’ll have to pre-order your Tesla Model 3 online before the world even sees...

The shortcut to success: Get a grip on your digital marketing strategy