Digital Review
Home How To How Snapchat’s New Hardware Product, Spectacles will work 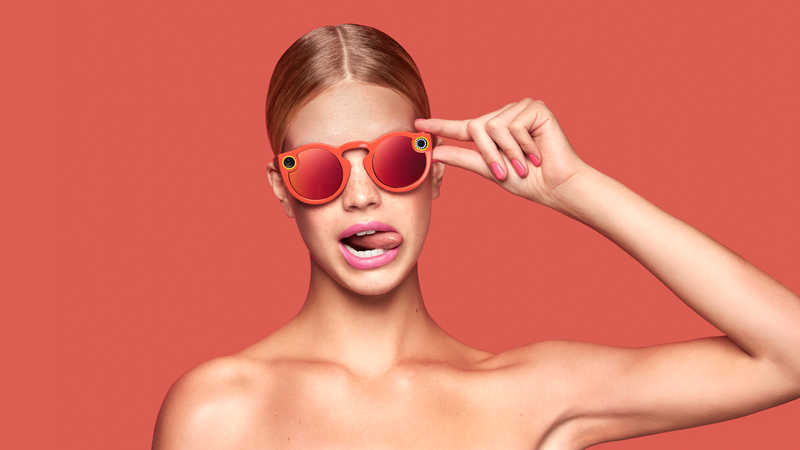 The company formerly known as Snapchat surprised the world last night by unveiling Spectacles, its first hardware product. The sunglasses, which record videos in 10-second increments, are expected to be available for sale sometime “soon.” Snap Inc., as the company is now called, says it will be producing the glasses in small quantities. There are still lots of questions about how Spectacles will work — but thanks to some new information from the company, TheVerge can now answer some basic questions.

They’re connected sunglasses that record video snippets that get saved to your Snapchat Memories. Its camera has a 115-degree lens meant to more closely approximate how humans see. The glasses will cost $130, come in one size, and be available in three colors: black, teal, and coral.

How do I use Spectacles?

Tap the button on the top left-hand corner of the sunglasses to begin recording a snap. It will automatically stop recording after 10 seconds — but if you want additional recording time, you can tap again to add another 10-second increment.

How do I know I’m recording?

What’s the longest video that I can record?

You can record up to 30 seconds at a time.

How do I get my snaps onto my phone?

TRANSFER SNAPS VIA BLUETOOTH OR WI-FI

What if I don’t have my phone while I’m recording?

You can use the glasses as a standalone device — they’ll store the snaps until you return to your phone.

What format do the glasses record in?

They’re in a new “circular” meant to mimic the way the human eye sees. When you’re watching your snaps back on your phone, they can be played back in either landscape or portrait orientation. (Snapchat crops them accordingly.)

You can get about a day out of your Spectacles, Snap says. The outward-facing light is also a battery indicator — double-tap it and you’ll see how much juice you have left.

How do I charge them?

Spectacles will come with a dedicated charging case and cable. Snap says that when fully charged, the case can recharge your Spectacles up to four times.

How many of these things is Snap making?

Isn’t this just Google Glass all over again?

Opinions here are all over the map. But a few things are worth considering. One, new technologies often fail the first time around, only to become mainstream on their second or third introduction to the mainstream. (See: social networks, tablet computers.) Two, Spectacles are less than one-tenth what Google Glass cost, making them much more accessible. Third, Snap is positioning the glasses as less of a face computer and more as a GoPro for your life. And people love their GoPros.

How big a deal is this for Snap?

Very. Facebook and its subsidiaries are raiding its flagship app for parts, which seems likely to blunt Snap’s growth, especially internationally. Snap needs a second act, and hardware like this can have very good profit margins — and be quite difficult to copy.

What don’t we know?

The image quality of the recorded snaps. How many Spectacles will be produced. Where you can buy them. Whether they’re weatherproof. Whether teens will think they look cool.

No — it has also released an ice tray, a backpack, playing cards, a plushie, and a beach towel.

Here’s a video of a robot asking you to touch its butt – for...

ProBlogger Podcast Day 10: How to Use Alerts