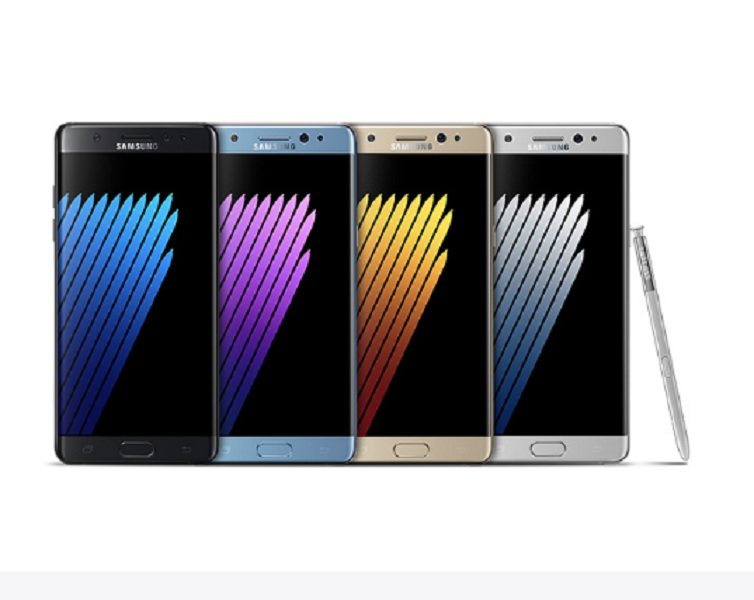 Samsung, which launched a worldwide recall for the Galaxy Note 7 early this month due to incidents of exploding batteries, is almost ready to begin shipping out a new batch of the smartphones that will not be suffering from the dangerous issue.

TechTimes says that once replacement units are ready, current Galaxy Note 7 owners can exchange their smartphone for a new Galaxy Note 7. Customers will also receive either a $25 gift card or $25 worth of phone bill credit for participating in the exchange program.

How can you tell it?

For Galaxy Note 7 owners looking to exchange their devices, and for users who are still intent on purchasing the smartphone despite the exploding battery fiasco, how can you tell if the unit you are acquiring does not come with a faulty battery?
According to a press release by the company’s Australia division, Samsung will be placing several identifiers on the box of Galaxy Note 7 units without the faulty battery. These identifiers are a small black square located on the box’s white barcode label, in addition to a white sticker with a blue S.

For concerned customers who may think that the identifiers are easy to be faked, Samsung said that each device comes with a unique IMEI number, which can identify if a Galaxy Note 7 unit is a replacement or an original one.
The IMEI number is located on the packaging of the Galaxy Note 7, and can also be seen printed at the back of the smartphone. Other methods for checking the Galaxy Note 7’s IMEI number are through the device’s Settings menu going into General, About device and then Status, and by dialing *#06# on the smartphone.

The device’s status by its IMEI number

To check if a Galaxy Note 7 unit is a replacement one, customers can contact Samsung’s call center and state the IMEI number. Customers will soon also be able to log in to an online database that will check the device’s status by its IMEI number, with Samsung planning to launch the tool by next week.
For Galaxy Note 7 owners, it would be the best idea to have your smartphone replaced as soon as possible through the store or carrier where you acquired the device.

Exploding to the face of user

Oculus, the co-maker of Samsung’s Gear VR, has warned users not to use the Galaxy Note 7 with the virtual reality headset for now, because of the risk that the smartphone will explode and cause massive damage to the face of the user.
A man from Florida, however, has already seen what kind of damage the Galaxy Note 7 can do, as the smartphone’s exploding battery caused his Jeep to be engulfed in flames and destroyed

The Top 5 Lessons Entrepreneurs Can Learn From MBAs

This chatbot tells you where to live and work next