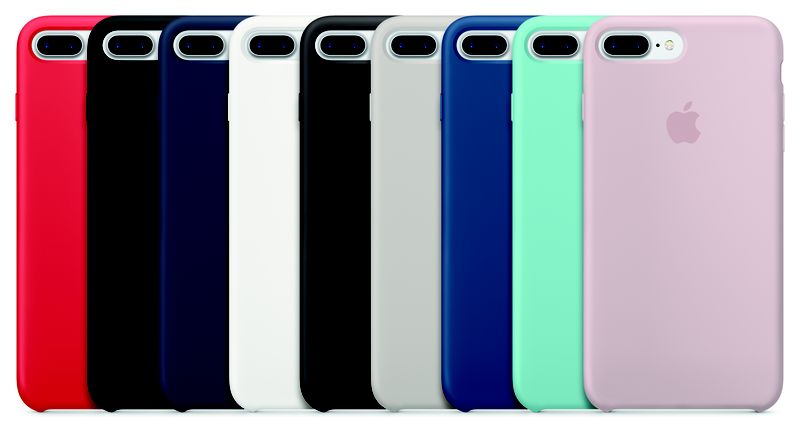 With every new iPhone comes a series of separate, smaller purchases. Perhaps a phone case or a portable charger, or maybe a new adapter for your car. This year, with the iPhone 7 and its lack of headphone jack, we can expect that even the most avid of tech hardware collectors won’t have all the necessary accessories on day one.

Sure, Apple is bundling a 3.5mm dongle and a pair of Lightning EarPods in the box, but that won’t be enough. And no one knows this better than third-party accessory makers. These are the companies that wait patiently each year to analyze and understand a problem created by a new piece of tech and set out to solve it, slapping a modest double-digit price tag on the solution when all is said and done.

For accessory companies, the iPhone 7 is poised to be one of the biggest drivers of business in a long time. More so than any other smartphone in recent years, the iPhone 7 — and Apple’s controversial audio port decision — creates a complex set of problems for consumers. And with more problems to solve come more solutions in the form of products we’ll buy, even when we don’t necessarily want to.

The transition is inevitable

The loss of the headphone jack is a short-term issue, Apple says. “We do understand that this might be a difficult transition for some people who love their wired headphones,” marketing chief Phil Schiller told BuzzFeed News. “But the transition is inevitable. You’ve got to do it at some point.”

While the world plays catch up, consumers will have to rely on all sorts of dongles, adapters, and specialized charging solutions to make sure the iPhone 7 doesn’t disrupt any of the ways we’ve become accustomed to using and powering our gadgets. It’s not just cables. Despite the new iPhone models being the same size as last year’s, iPhone 7 owners will need to purchase new cases due to the camera changes on both models. (The iPhone 7 Plus now has a dual-lens camera, while the standard 7 comes with a slightly different camera.)

The makers of iPhone accessories have a golden opportunity to capitalize on this moment. Apple executives even told TheVerge on Wednesday that they expect third-party accessory makers to fill these kinds of gaps quickly. Some brands, like Belkin and Anker, have already started.

A new Belkin accessory, retailing for $40 starting in early October, will let you charge your iPhone 7 and listen to wired headphones at the same time. The adapter contains two Lightning ports, so it’s designed for the new EarPods, but it’s also compatible with Apple’s 3.5mm dongle, allowing you to plug the two adapters into one another to listen to music with standard headphones. It’s a gnarly scenario, but at least it’s possible.

Changes cause some temporary pain

Anker, meanwhile, tells The Verge it’s working on a pair of Lightning earphones, which it will sell alongside its line of 3.5mm sport headphones. Headphones aside, the company, a popular China-based firm that does most of its business on Amazon, specializes mostly in products that let you charge many different gadgets simultaneously. As Apple introduces more complexity to its port preferences, consumers will gravitate toward these kinds of products to charge whole families of Apple devices at once. For instance, Anker’s latest five-port wall plug covers pretty much every charging scenario Apple throws at consumers, including the USB-C needs of the new MacBook.

This is the new normal for companies orbiting in the iPhone ecosystem. Apple will, every now and then, make clear and sometimes controversial decisions, like removing the headphone jack. These changes cause some temporary pain, and companies like Mophie, Anker, and Belkin have built businesses around reducing that pain. Apple leans on these brands to step in and solve those issues for its consumers, in lieu of having to produce and sell all of those products itself.

There’s more opportunities on the horizon. You can imagine a Mophie charging case for the iPhone 7 with a built-in 3.5mm adapter. It would let you plug your standard headphones into a device that doesn’t feel like it’s connected to an extraneous dongle you might misplace. There’s also scenarios like wanting to use the new EarPods’ microphone for a conference call on your laptop, but needing a Belkin-made Lightning-to-3.5mm adapter to do so. With the eventual addition of wireless charging, which Apple may introduce as soon as next year, companies like Anker and others will have more ways to sell lower-cost and cable-free charging solutions.

Headphone companies stand to benefit from the iPhone 7 as well. The Verge’s Vlad Savov talked to a number of manufacturers, some of whom, like Sennheiser, are interested in producing and selling Lightning-compatible products that take advantage of the port’s added capabilities. Others, like Jaybird and Audio-Technica, see that there’s even more money to be made in the wireless headphone market, where sales in the US are growing at six times the rate of standard headphones.

Consumers tend not to think about too much

All parties involved in helping us adjust to the new iPhone 7 — and Apple more so than any other company — stand to reap short-term gains from the process. It looks like a profit play, and in that sense, it’s Apple’s customer goodwill that’s on the line. Whether consumers trust Apple’s claims that this will all work out in the end to our benefit will, at least in part, be manifested in iPhone 7 sales, which kicked off early this morning in the standard late-night rush.

But regardless of public sentiment toward Apple, this upcoming year makes clear the role and importance of accessory makers in the iPhone ecosystem. These are brand names everyday consumers tend not to think about too much, and only tap when they absolutely need a new charging cable or have to overcome a very specific gadget-related hurdle. With the iPhone 7, we can expect a lot more people to become familiar with names like Anker, Belkin, and Mophie. It may not be under the best of terms, but it’s good business all the same.

The fashion brands that bet on messages of diversity

Casio’s smartwatch for outdoorsmen offers 1 month of battery life, but there’s a catch

A woman was jailed after her car called the police