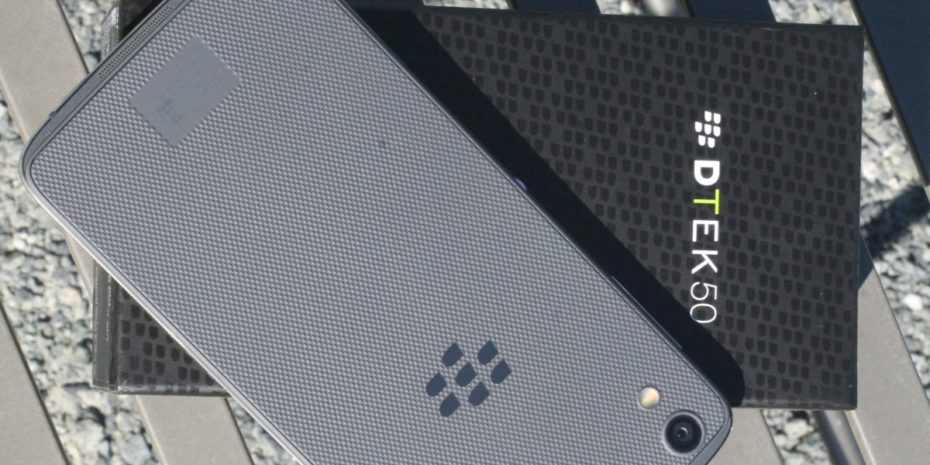 BlackBerry today unveiled the DTEK50, its second Android phone following theBlackBerry Priv and the first of three upcoming devices. The mid-range device is available for preorder now at ShopBlackBerry.com, priced at $299 USD ($429 CAD, €339, and £275), in 8 countries: Canada, U.K., France, Germany, Spain, Italy, the Netherlands, and the U.S.

DTEK50 runs Android Marshmallow plus BlackBerry’s additional security, privacy, and productivity tools like on the Priv. On the hardware side, this is a 5.2-inch full HD (1920x1080px) touchscreen phone (the thinnest BlackBerry the company has ever produced, at 7.4mm), no hardware keyboard included. The 135g phone is powered by an octa-core Qualcomm Snapdragon 617 processor and has 3GB RAM, 16GB of storage (expandable up to 2TB via microSD), a 13MP rear-facing camera, and an 8MP front-facing flash camera.

BlackBerry of course isn’t the first company to claim its device is “the world’s most secure Android smartphone.” Here are the features that are supposed to make the DTEK50 earn that title:

In short, BlackBerry is re-emphasizing that its differentiator in the Android market is security, and not just on the high end. It didn’t work with the Priv, so now the company is trying with a cheaper model.

If your ‘find my phone’ app keeps sending you to this Atlanta home, it’s...

How confidence affects your creativity

Everything Apple announced at WWDC 2016 in one handy list

Advertisers have seriously underestimated TV’s ROI, and programmatic is about to prove it