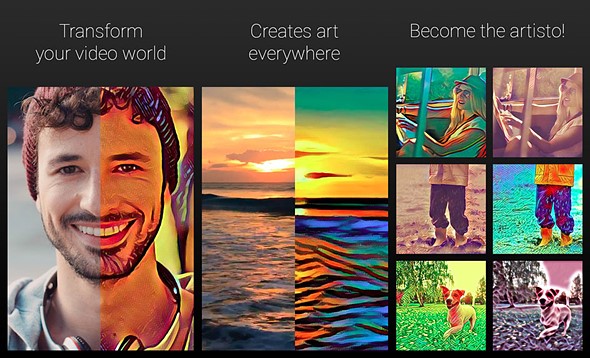 Artisto app will convert video into work of arts.

You’ve probably already seen the magic of Prisma, an app that transforms your photos into artsy images designed to mimic human-created art styles.

Now an app called Aristo has taken that dynamicto the next logical area, video.

According to Mashable, the app only allows you to take 10 seconds of video, but once that footage is recorded you have access to an array of filters that turn the video into something entirely different.

From a simple style like Blue Dream to more elaborate aesthetics like In The Fire (a flame effect) and Neural Art (a surrealist look), the app has already won over an enthusiastic and growing user base.

Released by the Russian internet company Mail.ru, Artisto has apparently beaten Prisma to the video space just weeks after Prisma promised a video version of its popular still image app.

Nevertheless, the product is buggy and the effects aren’t as smooth and detailed as Prisma’s still imagery, so Prisma may still have a chance to win this round if it releases a video version soon.

The Artisto app is free and available on both iOS and Android.

Microsoft just released its own OneNote competitor for stylus lovers