When something so massive as Twitter exists, it’s easy to forget it was once a project started by a few guys who just wanted to build something cool. Luckily, Twitter doesn’t delete anything, and a look through its earliest blog posts is — well, it’s adorable.

Mostly penned by Biz Stone, the Twitter blog archive of its first year is a look at what happens when a product that is essentially sending an SMS to the world takes off in a big way. It highlights early success, highlights clever tweets and notes those times Twitter made its way into the news.

Oh, and CEO Jack Dorsey once bought the office a Wii. 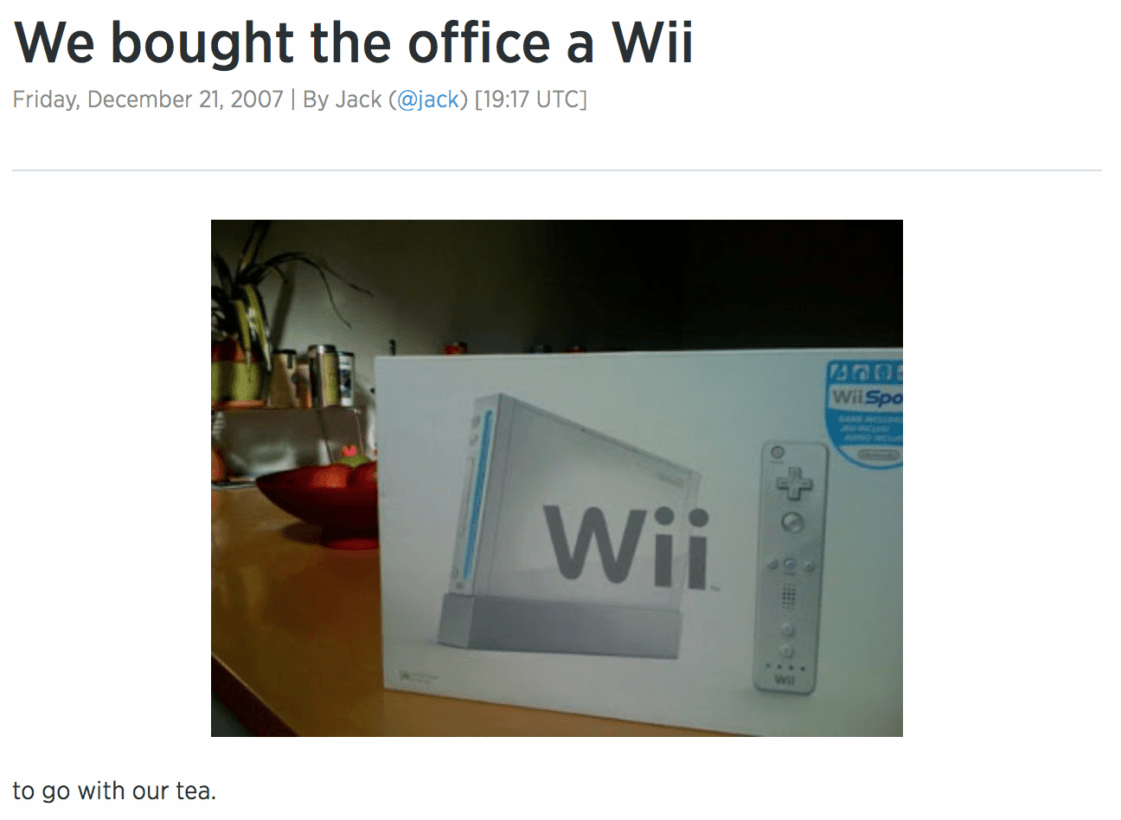 In a time when pundits (myself included, of course) seem overly concerned with who may want to buy Twitter, it’s stock price and how it will finally compete with Facebook, a peek into the past shows its humble beginnings.

Sometimes, a little perspective is nice.

According to TheNextWeb, it’s also an interesting way to track how Twitter became the goliath it is now. Early on, Stone introduced readers to the Twitter API, and his blog post is fairly vanilla. It’s pretty clear Twitter didn’t know its API would soon be a hot-button issue that would cause it to focus on repairing a relationship with developers.

If you’ve got a few minutes, I’d suggest giving the Twitter blog a look-through. It’s endearing and fun — until PR takes over.

Prince reportedly pulls music from all streaming services except Tidal

Bild’s hardline take on ad blocking: ‘We will not be blackmailed’

Confessions of a publisher sales exec: ‘It’s all smoke and mirrors’

Chevy Bolt has entered pre-production on the assembly line ahead of Tesla’s Model 3...