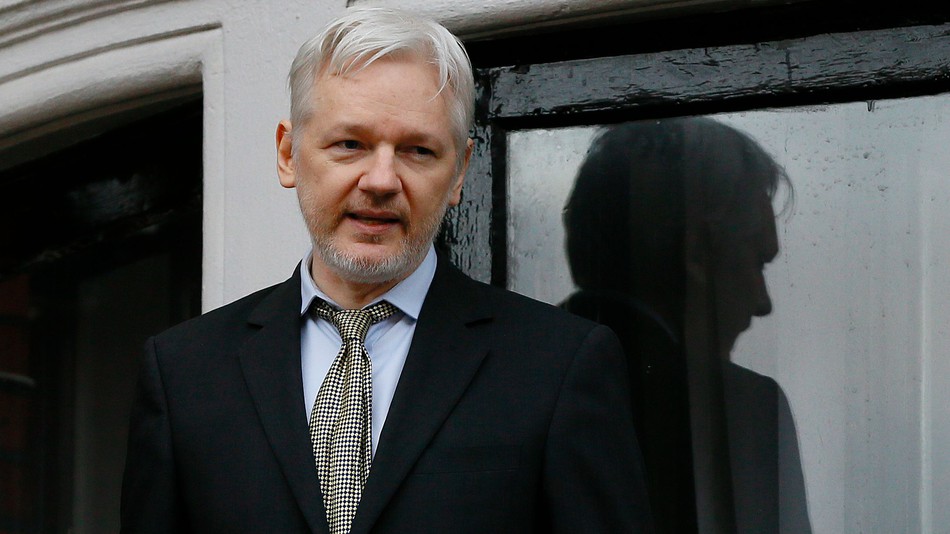 Friday, Jan. 6, 2017, will perhaps be remembered as the day WikiLeaks stopped even pretending to be an organization dedicated to governmental transparency.

Wikileaks tweeted that it is thinking of building an online database populated with the info of verified Twitter users. It didn’t stop there, Wikileaks added the new tool will include the users’ family, job, financial, and housing details.

Unsurprisingly, the tweet gained a barrage of replies from concerned users accusing Wikileaks of essentially threatening to dox (the act of publishing private or identifying material online) verified Twitter users.

ITS IMPORTANT TO NOTE THAT AT LAST COUNT A QUARTER OF THE 150,000 VERIFIED ACCOUNTS ON TWITTER

Asked to clarify on what its intentions are, Wikileaks tweeted that is isn’t threatening to dox people, instead it wants “to develop a metric to understand influence networks based on proximity graphs.”

In another tweet it added: “We are looking for clear discrete (father/shareholding/party membership) variables that can be put into our AI software. Other suggestions?” After facing yet more criticism, it also claimed it is not going to publish addresses, and that LinkedIn, Google, and Facebook already have their own proximity graphs.

It seems the furore around Wikileaks’ tweets were enough to prompt an indirect response from Twitter CEO Jack Dorsey, who simply retweeted a tweet from the platform’s official safety account pertaining to the posting of private user info.

Twitter’s private information policy states that posting another person’s confidential information is a violation of its rules. It defines private data as credit card information, social security or other national identity numbers, addresses or locations that are considered and treated as private, non-public, personal phone numbers, non-public, personal email addresses, images or videos that are considered and treated as private under applicable laws, and intimate photos or videos that were taken or distributed without the subject’s consent.

However, Twitter also adds that it takes a number of other contextual details into account when determining if its policy has been violated on a per-case basis. The company states: “For example, if information was previously posted or displayed elsewhere on the Internet prior to being put on Twitter, it may not be a violation of this policy.”

WE REACHED OUT TO MR DORSEY FOR A RESPONSE

We reached out to Mr. Dorsey for a response, but did not immediately receive a reply. The fact is, if Wikileaks makes good on its claims, Twitter will be forced to respond directly. After all, the privacy policy tweeted by the Twitter CEO only applies to info published on its site, whereas Wikileaks’ is threatening to create an external database.

Twitter came under fire last year when it was revealed that surveillance firms were using its public user data (which the company provides to developers via an application programming interface and its Gnip eneterprise data products) to create tools that were being marketed to and used by law enforcement in the U.S. In its response, Twitter cut off access to its tools for two of the firms in question (Geofeediaand Dataminr), it also warned that devs caught violating its policy would be cut off from its data or suspended. However, Wikileaks does not have permission to use Twitter’s public API tools, so it will be interesting to see how it goes about building its proposed database.

Wikileaks’ tweets come in the wake of a televised interview in which its founder Julian Assange told Fox News that his organization did not receive its information about the DNC from Russia, or anyone associated with the Russian government. After the interview aired, President-elect Donald Trump made reference to Assange’s assertion in a tweet.

Earlier this year, Wikileaks repeated its claims that it plans to start its own social network, a threat it first made in 2012. Nothing has materialized as of yet.

SpaceX will send its next Falcon9 rocket into space this month

The Way People Read Google Results Has Changed, but Does it Matter?