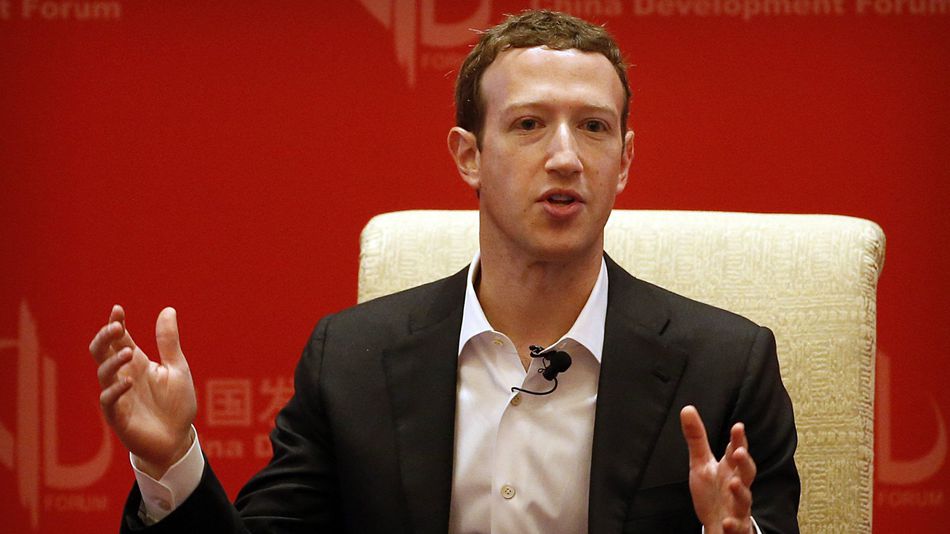 Facebook isn’t a great place to get your news. Yet millions of Americans use the social network to learn about what’s going on in the world every day.

This is core to a new controversy over Facebook’s Trending feature, which exists to connect users to relevant stories. The company fired several trained journalists from the Trending team last Friday, leaving artificial intelligence andtechnical staff to identify and deliver stories to the site’s users.

“We are a tech company, not a media company,” Zuckerberg said Monday. “We build the tools, we do not produce any content.”

The new Trending feature a disaster

To that end, the Trending feature — the list of stories you see on the right side of your News Feed on the desktop or after you tap the search bar in the mobile app — now strips away the context that would’ve been written by Facebook’s journalists and only displays simple terms that are buzzing on the social network. If you click or mouse over a term, you’ll see a headline from a news source like Mashable.

A lot of people are upset about how the change rolled out, calling the new Trending feature a “disaster,” “a public embarrassment” and “half-baked quiche.”

Frankly, people should be upset. Since the layoffs, the Trending team has promoted a false story about Fox News’ Megyn Kelly and a viral video in which a man masturbates with a McDonald’s sandwich. Its topics are all over the board and seem to defy logic and timeliness: “Eevee” has been at the top of my desktop feed for nearly two days even though I don’t play “Pokémon Go,” and there’s still no sign of “Gene Wilder,” who died Monday.

Facebook squeezed the potential out of Trending topics. It’s never been a greatproduct — Twitter is much better at delivering timely trends — but that doesn’t mean it didn’t have promise. Consider the social network’s “echo chamber” problem: Users typically see content they’re inclined to like and agree with in their News Feed, because that’s how Facebook keeps them coming back. The Wall Street Journal‘s “Blue Feed, Red Feed” feature is a good look at how this actually works.

Trending topics could be a way for Facebook to key readers into important news they may not see otherwise — instead, we get McChicken sex. That’s fun news, sure —Mashable and many other sites reported on it — but does it need to be elevated by the world’s largest social network?

At best, Trending delivers old news — at worst, it perpetuates outright lies and whatever you’d call someone molesting processed lunch meat. Granted, the new iteration is less than a week old, and Facebook could be planning improvements. But for now, the breakdown of Trending highlights a tension between what Facebook wants to be and how people realistically use its product. While the company says it doesn’t want to be a media enterprise, its readers have come to rely on the social network for information, and Facebook’s approach to Trending stories is failing them.

Sixty-seven percent of all U.S. adults use Facebook, and 44 percent of them get news there according to a recent survey from the Pew Research Center. One imagines that many of Facebook’s  1.13 billion daily users worldwide also get updates on the social network.

The News Feed is the modern front page, but Facebook’s leadership evidently doesn’t feel much of a responsibility over what it puts there — recall that Zuckerberg insists Facebook is a platform, not a media enterprise.

The CEO’s statement is a bit disingenuous. Facebook may not write the articles that appear in the Trending module or your News Feed, but it is responsible for the algorithms that repurpose them and deliver the content. Picture a newspaper: Facebook is the front page team, printing press and delivery boy rolled into one.

The company’s algorithms pay attention to what users are clicking, making us culpable in a sense for whatever “trends.” But Facebook’s human employees created those algorithms, and it follows that they bear responsibility for them. The company has also happily partnered with outlets like ABC News for the creation of live video content tied to important events.

it doesn't matter whether Mark Zuckerberg says Facebook is a media company or not. It is taking over functions of media companies

Will the company  have fired news editors?

This is fundamentally a question about whether Facebook should accept responsibility over the information its product delivers to users. Facebook could get rid of its Trending topics feature tomorrow and this would still be a question worth asking, because so many of us get updates from our News Feed.

The company probably shouldn’t have fired news editors — if anything, it could have given them more power to vet and deliver timely information to the site’s users as events unfold all over the world. Algorithms aren’t good at recognizing news; people are.

Abandoning the idea of news curation won’t make people stop using Facebook for news — it’ll just degrade the quality of information they receive. No one is asking Facebook to write full news articles or replace the media — it really shouldn’t! — but it already has so much power over how readers access information.

To ignore that responsibility makes Facebook a worse product. That’s especially given the company’s mission “connect the world” — there’s a lot happening out there beyond what our friends post about.

The secrets of social media’s most successful sharers

The man behind HTC One talks design, Nextbit — and apologizes for antenna lines